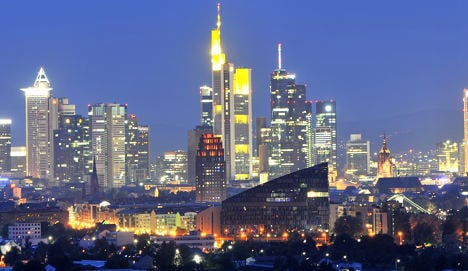 Citing a study by consulting firm Ernst and Young, daily Die Welt reported that Berlin, Frankfurt and Munich were especially popular locations for foreign investment – all landing in the top ten among the most popular European cities.

A large domestic market, highly educated workforce and high quality of life are among the reasons for Germany’s positive image among businesses, according to the report, which surveyed 812 managers from international companies.

Berlin was the third most popular city, only being surpassed by London and Paris.

“Berlin is trendy,” Englisch told Die Welt, pointing out the city’s close proximity to Eastern Europe and upcoming role as a major transport hub with the construction of a major new airport in the city.

Frankfurt is seen as a good location for science and pharmaceutical-focused companies, while Munich, Hamburg, Düsseldorf and Stuttgart are good locations for hard industries, the study reported.

Hi-tech industries, however, do not view Germany quite so positively, preferring to head to places like China and the United States, Englisch told Die Welt.

“The Googles and Microsofts of the future will not arise in Germany,” he said.