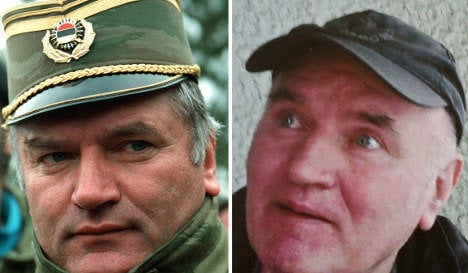 The appointment was made by Mehmet Güney, president of the International Criminal Tribunal for the former Yugoslavia (ICTY), on Friday night. The other two judges will be Alphonse Orie of the Netherlands and the South African Bakone Moloto.

Flügge, who has been a judge at the court since 2008, is regarded as an expert on international criminal law. The 63-year-old previously served as state secretary for justice in the Berlin city government.

Mladic, who had been sought on charges of genocide and war crimes during the 1992-1995 Bosnia War, was captured this week and should soon be extradited to The Hague, where the ICTY is situated.

The former military chief of the Bosnian Serbs is accused of involvement in thousands of murders. In particular he is alleged to have been responsible for the massacre at Srebrenica, during which 8,000 Muslim men and boys were killed.

Serbia will be hoping that the capture of one of the world’s most wanted fugitives will enhance its bid to join the European Union.

The 69-year-old Mladic, who has been on the run since his 1995 indictment, was arrested in a Serbian village on Thursday morning.

According to the Serbian prosecutors office, Mladic will be delivered to the ICTY within seven days.

As presiding judge in such a high-profile case, Flügge will suddenly be very much in the international spotlight.

He has already overseen a number of complicated cases relating to alleged war crimes in the Balkans, during the vicious wars that marked the break up of the former Yugoslavia.

He was one of the judges involved in the trial of the former police chief and deputy interior minister of Serbia, Vlastimir Djordjevic. In February the accused was found guilty of participating in the murder, rape and forced evacuation of over 800,000 Kosovo Albanians and sentenced to 27 years in prison.