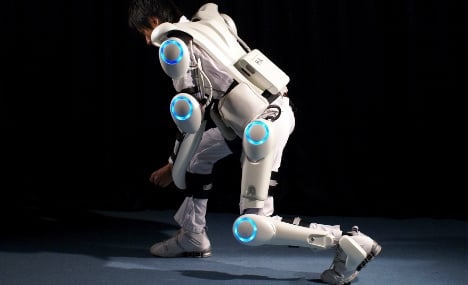 Daily Die Welt reported that the technology could also prove controversial because of the unnatural strength it affords anyone wearing such a suit.

Initial testing is slated to begin at the Bergmannsheil clinic in Bochum this year, head physician Thomas Schildhauer said at a presentation of the new treatment method.

“We believe we can initiate a dramatic change in these patients’ lives,” he told Die Welt.

The suits were developed in Japan and have been successful at over 75 clinics and nursing facilities already using them, according to their producer, Cyberdyne Inc.

Bochum is the first hospital to test the suits in Europe.

The suits will need to be modified before being employed in Germany, Schildhauer said, because of the overall height disparity between Germans and Japanese.

The goal of the robotic suits is to allow not only paraplegic patients, but also the elderly and victims of accidents, to quickly regain a full range of motion.

The researchers also hope the suits will allow patients to relearn specific motion sequences, such as running, that will eventually enable them to move without the help of the suit.

Schildhauer said the suits do not enable a full recovery, but he remains optimistic about the technology’s ability to help improve patients’ lives.

The suit functions by responding to the body’s nerve signals, which are fed into the suit’s computer and converted electronically. When the brain sends a command to move a particular part of the body, the corresponding part of the suit reacts.

Doctors hope the test trials in Bochum will help them learn what type of patient the suit serves most effectively.

Schildhauer estimated that the first results would be available about three months after testing on the first group of patients begins.

Yoshiyuki Sankai, the CEO of Cyberdyne, said multiple requests to use the suit for non-medical purposes have been turned down. Several military agencies, for example, have inquired about the suits, apparently attracted by the unnatural strength they afford the person wearing it.

All military requests have been rejected though, according to Sankai, because the technology is ultimately intended to benefit people, not hurt them.

Cyberdyne will work through a subsidiary company in Bochum, established Friday in Düsseldorf, to monitor the test trials at the Bergmannsheil clinic.