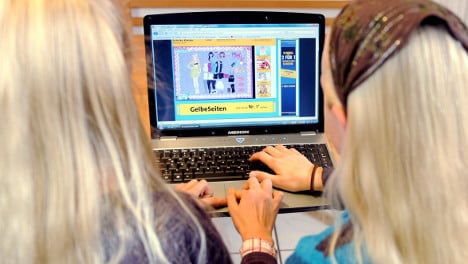 The researchers from the Ifo Institute for Economic Research in Munich found that the internet promotes social activities across all age groups but that the effect was especially pronounced for young people.

Launching the study this week, the researchers led by Ifo’s head of Human Capital and Innovation, Ludgar Wößmann, challenged what they said in their paper was “the myth that the internet isolates people socially and thus ultimately erodes the foundations of our society.”

“We found no evidence for that whatsoever,” Wößmann said at a press conference in Berlin. “There are no indications whatsoever that the Internet makes people lonely.”

Children without a broadband internet connection at home were engaged on average in one activity outside of school, such as sport or art, whereas children with high-speed internet on average pursued two such activities.

“They more frequently pursue group activities outside of school, such as sport clubs, music or voice instruction or in youth groups,” Wößmann said. “Also participation in various extra curricular activities in school does not decrease.”

The institute surveyed the social behaviour of 18,000 adults and 2,500 children in Germany and measured access to high-speed internet against engagement with social circles, clubs, cultural activities and school.

The result was less pronounced though still noticeable for adults. Those with high-speed internet connections go more often to the movies, the theatre, museums and exhibitions than people who don’t.

While the study did not look at the reasons for greater or less social contact, the researchers speculated that the internet facilitated more real-world activity. People tended either to use the internet or pursue more passive forms of electronic media, notably television.

Unlike TV, the internet was actively used to keep contact with people and make plans in the real world.

“It could have something to do with the fact that the internet helps people find out about programmes and buy and print out tickets,” Wößmann said. “Evidently the information and communication function of the internet dominates over its passive entertainment function.”

Adults with high-speed internet also go out more often to socialise and are more likely to do volunteer work.

Wößmann said the researchers were able to dismiss the possibility that more outgoing people simply more often chose to get high-speed internet by a quirk of Germany’s telecommunications history.

After Germany’s reunification in 1990, the OPAL telephone network was installed in many homes in the former communist East. It later turned out to be incompatible with DSL internet, leaving about 11 percent of eastern German households unable to get high-speed internet.

“We used this phenomenon as a ‘natural experiment’,” Wößmann said. “In this case internet availability is a matter of coincidence and not the result of a conscious decision, by either outgoing individuals or introverted people tending to opt for fast internet access.

“In this way, we can be sure that we are actually measuring the influence of the internet on social activities and not the other way around.”