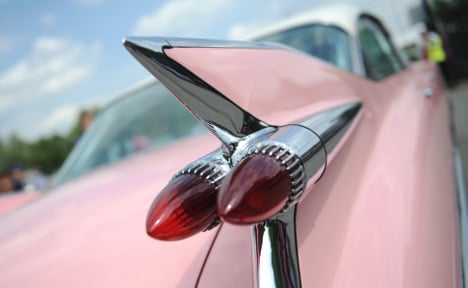 A breathtaking evening of classical music awaits at the Italian Renaissance Gardens in Marzahn. Attendees to “Giardino della Bobolina” for Viva la Musica will be treated to the Berlin Symphonic Concert Orchestra’s performances of renowned works by Italian composers Guiseppe Verdi, Giacomo Puccini and Antonio Vivaldi. A finale of fireworks over Gardens of the World tops off an evening of explosive musical proportions. Holders of a yearly pass get half-off, and all concert goers can traverse the surrounding gardens for free on the 28th.

For more than a decade, the Lange Nacht der Wissenschaft has drawn inquiring minds together into laboratories and classrooms across the capital one Saturday night a year. Scientists take the evening to present some of the latest and most exciting findings from their fields, including performing live experiments and opening the floor to questions from the public. Some 80 different topics on the program ensure there’s something for everyone.

Two contrasting West German perspectives on former East Germany form the basis of an exhibition of 280 photographs by Thomas Hoepker and Daniel Biskup. Between 1959 and 1991, Hoepker captured a detached view of everyday life in the GDR, including some of the transitions that took place after the collapse of the Berlin Wall. In contrast, Biskup followed the events of the 1990s with visible empathy, including breakup of the Soviet Union and the social and political turbulence that resulted thereafter.

Contemporary design network DMY hosts its annual International Design Festival at Tempelhof Airport for another aesthetically-stimulating edition. Focusing on contemporary product design, the event plays host to both established and up-and-coming designers, who take the opportunity to present and absorb the latest products, prototypes and ideas. Symposia, designer talks, workshops and awards are intended to help keep the industry on its creative toes.

Just in time for the summer break, leading banks and companies in the German state of Hesse are opening their doors again this year for Kunst privat!. The three-day exhibition is designed to give the public access to otherwise inaccessible pieces of precious art belonging to banks and businesses. Participating groups provide guided tours of their collections.

Location: Various locations in and around Frankfurt am Main

A three-day parade of some 150 classic cars makes its way from Hamburg to Berlin. The 640km-route begins on Dessauerstrasse in Hamburg and includes stops in cities and towns along the Elbe River. Various festivities along the Hamburg harbour precede the event, while a gala at the Hyatt Hotel in Berlin tops the parade off.

The ideal late-spring festival, Altonale brings Hamburg’s Altona district to life with an energetic array of performance art and parades lining the streets. The two-week festival includes an extended program for literature, art, theatre and film, while the three-day street festival centres on music and dance. The annual celebration is going on its 13th round this year with organizers anticipating some 500,000 patrons.

Price: Free for some events (see website for details)

A city-wide celebration of music with some 400 live concerts taking place in 100 locations, Munich’s Long Night of Music goes until the wee hours of the morning. A wide selection of genres is represented including gospel, blues, hip-hop and flamenco. With more than 25,000 visitors and shuttle buses to chauffeur them between venues, this event has evolved into one of the city’s most exciting cultural celebrations.

The most expensive silent film ever made, Fritz Lang’s Metropolis lost its entirety following its original 1927 release. A restored version of the film released in 2001 was inscribed on UNESCO’s Memory of the World Register, while a copy of the film with an additional 30 minutes of footage was recovered in Argentina in 2008. This version was screened publicly for the first time in more than 75 years in 2010. Now the Stuttgart Philharmonic Orchestra will provide the background music for a screening of the classic German expressionist film in Munich.

It’s an invasion of the Bonsai persuasion, with around 60 exhibitors presenting some of Germany’s most pristine Bonsai trees at Munich’s Botanical Gardens. The artistic practice of growing a small tree or shrub in a container and shaping it aesthetically originates in Asia, with Japanese Bonsai tradition dating back thousands of years. While many of the trees on display were sewn and raised in Germany, others were imported from Asia and have been cared for in the traditional style.