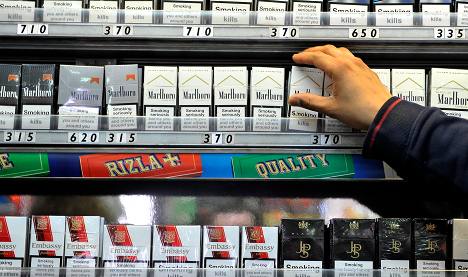 “The Bundestag has the right expertise to adopt a nationally uniform law to protect people from the dangers of second-hand smoke,” said a statement from a parliamentary group spearheading the movement.

Anti-smoking laws are perennial hot potatoes in Germany, where many people cling fiercely to their tradition of smoking cigars and cigarettes. But the tide may be turning against smokers.

A recent poll by the YouGov polling firm found that 65 percent of Germans would be in favor of a uniform federal law to replace state laws.

In 2007, the federal government adopted rules to ban smoking in public buildings, but an initiative for a national ban in bars and restaurants failed. The government then declared that responsibility for smoking laws lies with individual states.

But the bans instituted in many German states have been poorly received and often ignored. In some cases, courts have ruled that they are unconstitutional.

The parliamentary group has pointed to the federal government’s responsibility for health and safety and argued that the “patchwork” of laws needs to be replaced by national uniformity.

Planning of the law remains in the early stages. The group is currently consulting experts.