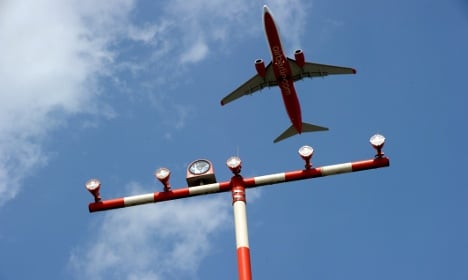 An ash cloud from the Icelandic volcano Grimsvötn reached northern Germany early on Wednesday, forcing the airports to close for several hours, with around 450 flights cancelled.

But in good news for travellers, geologists in Iceland said activity at the volcano appeared to be over at least for the time being and that the ash plume at the site of the eruption had almost disappeared.

“There has been no activity since about 0200 GMT this morning,” Sigthrudur Armannsdottir of the Icelandic Meteorological Office said on Wednesday, adding that “it’s too soon to say the eruption is (completely) over.”

Air traffic disruption in Germany had not affected major German hubs in Frankfurt and Munich Wednesday morning, but Lufthansa, the country’s largest air carrier, said it expected to cancel some 150 flights from cities that lay in the cloud’s path.

Just over a year ago, ash spewing from another volcano, Eyjafjoell, caused the biggest aerial shut-down in Europe since World War II, affecting more than 100,000 flights and eight million passengers.

On Tuesday, some 500 flights were grounded across northern England, Scotland and Northern Ireland as the cloud drifted by, but British airspace was reported clear Wednesday morning.

Further east, Denmark, which Tuesday had closed a small area of its airspace because of the cloud, said the situation had since returned to normal.

“The latest readings have shown there is no longer a concentration of ash in Danish airspace, allowing us to fully reopen it”, Camilla Hegnsborg, a spokeswoman for air traffic control Naviair told AFP.

Airspace over parts of the North Sea remained closed however, while Denmark, which is responsible for Greenland’s airspace, said it had also ordered the closing of several areas surrounding it.

Customers booked on Lufthansa flights can call 01805 805 805 for more information.