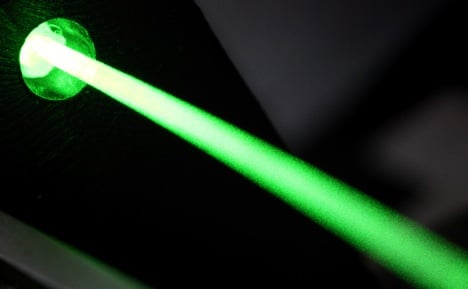 The scientists at the Karlsruhe Institute of Technology (KIT) said this week they had broken the world record by sending data at a speed of 26 terabits per second.

The data, sent over 50 kilometres (31 miles) on a single laser beam, was coded using a system known as orthogonal frequency-division multiplexing (OFDM) in which the laser beam is divided into separate colour streams.

“With 26 terabits per second, you can simultaneously transmit up to 400 million telephone calls per second,” Prof. Jürg Leuthold from KIT said in a statement.

“A few years ago, data rates of 26 terabits per second were deemed utopian even for systems with many lasers, and there would not have been any applications,” he said.

The scientists will now concentrate their efforts on developing systems capable of transmitting between 400 gigabits to 1 terabit per second.

“Our results prove that the physical limits for even extremely high data rates have not yet been reached,” said Leuthold.