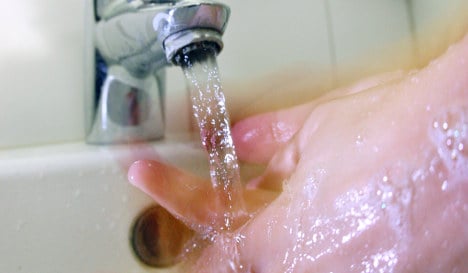 The enterohaemorrhagic Escherichia coli (EHEC) stomach bug responsible is unusually harsh and can even lead to fatal kidney failure.

“We have a clearly unusual situation,” said Gerard Krause of the Robert Koch health authority responsible for epidemiology.

There are around 25 confirmed cases in Lower Saxony and Bremen, while another 20 people are infected in each of Schleswig-Holstein and Hamburg. Hesse authorities have registered 16 suspected cases while four more people are thought to have been infected in Mecklenburg-Western Pomerania.

Most of those infected are being treated in hospitals.

Those most frequently hit are women, said Krause.

“Women prepare food more often, and it is there they could have come into contact with it, possibly while cleaning vegetables or other foodstuffs,” he said.

The Robert Koch Institute has recommended people improve kitchen hygiene, making sure in particular that cutting boards and knives are clean. There is some suggestion that the infection source for this outbreak could be meat or unpasteurised milk.

The EHEC bacteria is often found in animal faeces which means direct contact with animals can transmit it to people – but that it can also come via unwashed vegetables, meat or unpasteurized milk – as well as from infected people.

Symptoms include watery or bloody diarrhoea, severe nausea and stomach ache. It can lead to kidney failure which can be fatal.

“It is important that people seek medical help,” said a spokesman for the Lower Saxony government.

The infection occurs regularly in Germany, infecting between 800 and 1,200 people a year, but usually with mild symptoms. It generally hits children. This time it is primarily adults who have been affected so far, and they are being badly affected.

Authorities have so far failed to find the source of the outbreak – because among other things those who have been struck, have been so ill they have not been able to give detailed information about what they have eaten.