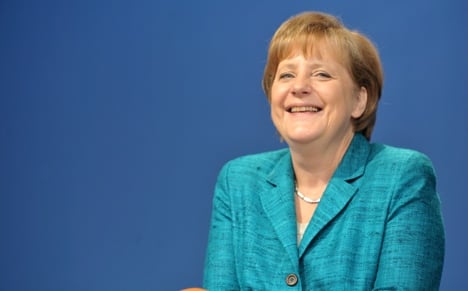 According to a report in news magazine Der Spiegel, Merkel has now called on her own compatriots to work a little harder too, after she caused a stir by criticising working hours in Greece, Spain and Portugal.

“The Chancellor has always made clear that everyone in Europe needs to make an effort to be more efficient and more competitive by global standards,” government spokesman Steffen Seibert said.

In the light of the eurozone financial crisis and the billions of euros of aid being paid out by Germany, Merkel said on Tuesday evening her reservations were not only about the need to avoid increasing debt.

“It is also about not being able to retire earlier in countries like Greece, Spain, Portugal than in Germany. Instead everyone should try to make the same efforts – that is important,” she said at a political event for her conservative Christian Democrats in the state of North Rhine-Westphalia.

She also criticised the number of holidays enjoyed in certain southern nations. “We can’t have a single currency where some get a lot of holidays and the others very little. That won’t work in the long term,” she said.

Greek, Spanish and Portuguese members of the European parliament expressed outrage at the comments.