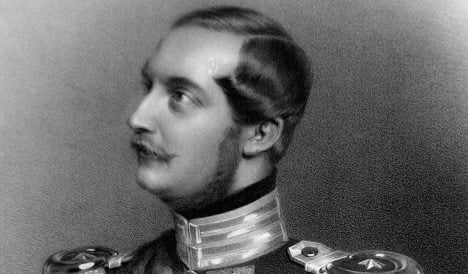 “The king will have played his works himself originally,” said Ingo Dannhorn, who dug up the notes from the royal archive.

“Georg V was an unbelievably enthusiastic arts-loving monarch and a real music-lover,” he said.

Dannhorn is an internationally-renowned pianist as well as lecturer at the Wiesbaden Music Academy with a particular interest in ‘lost’ music.

“With fiery love, I tried to make the music from my early youth my own. It has become a delightful accompaniment and source of comfort in life,” King Georg wrote in a letter.

The pieces which Dannhorn will play, called August Waltz, Favourite Waltz, Four Songs without Words and Large Hunt Symphony for Piano, are demanding, reminiscent of Chopin, Mendelsohn and Schubert, he said.

“You can tell that he was extremely talented,” he said.

He will perform them on Friday at the hall in the Georgsmarienhütte Steelworks – founded in 1856 and named after the king.

He made political connections with Austria rather than the traditional ally Prussia. This was not to King Georg’s advantage during the 1866 power struggle between Austria and Prussia, which the latter won, prompting King Georg to flee to exile in Austria.

He tried but failed to regain his throne until he died in 1878 during a visit to Paris. His body could not be buried in Hannover, so was taken to London where it still lies in the Windsor Castle crypt.

But Hannover historian Dieter Brosius offered a less enthusiastic view of the king.

“Georg V was reactionary through and through. He wanted to reverse the bourgeois revolution,” he said.

And although he admitted that Georg had supported music of the time, he said, “His own compositions were certainly not first-class.”