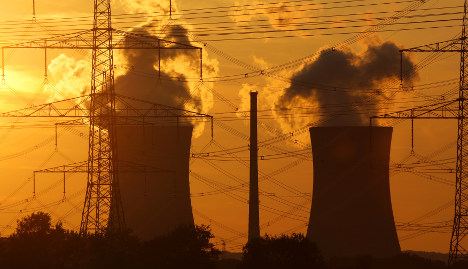 Announcing the results of an investigation by the Reactor Security Commission (RSK) into Germany’s nuclear security, Röttgen said four reactors – Biblis A and B, Brunsbüttel and Philippsburg I – had “no demonstrable security measures” against being struck by even a small plane.

This information would play a key role in the political decision-making about whether and when to close certain plants, he said. These four plants did not meet even the lowest of the three possible levels of security.

That said, there was a “basic soundness” to Germany’s nuclear facilities, he said, adding that their vulnerability to plane crashes was already known.

The long-awaited RSK report, released on Tuesday, generally gives Germany’s 17 nuclear reactors good grades, though it found none was sufficiently protected against damage caused by a large passenger plane.

Seven older plants were either not protected or protected insufficiently against damage from a small plane. However Röttgen said that overall the problems were not so serious as to require a quick exit from nuclear power altogether.

Chancellor Angela Merkel asked the commission to assess the safety and security of the nation’s reactors after the Fukushima plant in Japan suffered a partial meltdown in the wake of the earthquake and tsunami there in March. She also announced a three-month moratorium on plans she’d previously made to extend the lifespans of the nuclear reactors.

She made the announcements while facing a public backlash against her previous support for nuclear power and later announced she’d had a change of heart.

The results of the report released on Tuesday will feed into a final report from the Ethics Commission on Energy Supply, which Merkel established in March.

The commission is considering whether Germany should make an exit from nuclear power by 2021 and immediately close eight plants that are currently on hold. The government will make the final decision on June 6.

Commission chairman Rudolf Wieland said none of the German nuclear plants achieved the highest grades on all criteria.

However, the kinds of deficiencies evident at the Fukushima plant were not found at the German reactors. On the whole, the German plants acquitted themselves well on the critical issues of emergency power and emergency cooling.

“In summary I can declare: yes, there is a great degree of robustness in the facilities that we have assessed here,” Wieland said.

Röttgen concluded that despite the flaws identified in the report, an immediate exit from nuclear power was still clearly not the responsible course.

“It is no argument to say we have to get out in a mad rush by tomorrow,” he said. But he added: “It is still the belief that we should find a way as quickly as possible to get out of nuclear energy.”