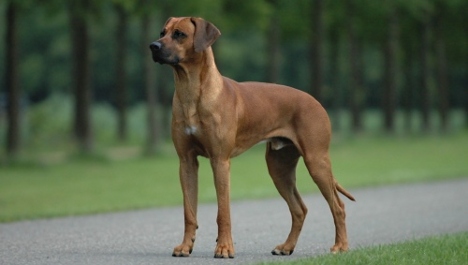 The man, a mechanic who had died from an apparent stroke, lay dead for days before his starving pair of Rhodesian Ridgebacks began to eat his corpse, daily Bild reported.

“Someone I know works in the morgue and saw the body. His dogs didn’t leave much of him behind,” a neighbour told the paper.

Several months ago, the man had suffered a severe stroke. He lay for a long time in a coma and then, when he emerged, took extended sick leave.

An acquaintance said of the two Rhodesian Ridgeback dogs, Tima, 3, and Muma, 1: “He loved his dogs above all. And his dogs loved him.”

A recurrence of the stroke apparently killed the man, investigators believe. His dogs waited some time, according to Bild, and then began to eat his body.

“The man lay dead for about two weeks in his apartment,” the state prosecutor in Cologne told the paper.

His daughter had tried to phone him repeatedly and eventually called the police. Officers broke into the loft apartment and found the man’s body and the dogs.

The dogs were taken to an animal shelter.