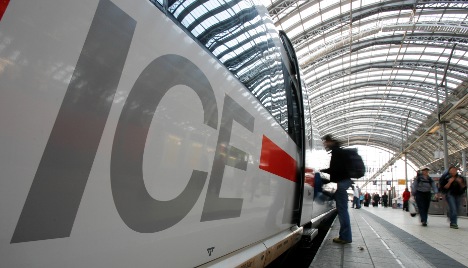 The roof of a train compartment caught fire because of an apparent technical defect that arose during the train’s journey between Würzburg in Bavaria and Frankfurt in Hesse. There were no reports of injuries.

The train was forced to stop about 7:15 am near Lohr am Main about halfway along its journey. Federal Police in Würzburg said the fire was able to be extinguished quickly and there was no danger to the passengers.

The cause of the fire on Monday appeared to be a short-circuit in the main electricity switch in the roof, Deutsche Bahn announced. The switch had caught fire and damaged the overhead wires.

The fire caused delays along the line of about half an hour on Monday morning.

Despite early reports that passengers had been forced to evacuate, they were in fact able to remain seated, a police spokesman said.