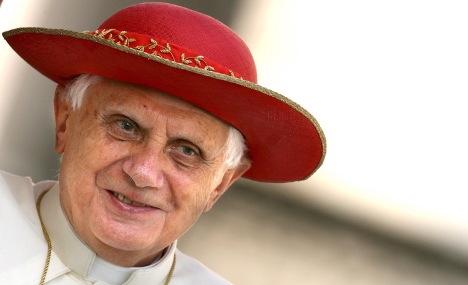 Tickets for the appearances by Pope Benedict XVI can be requested at www.papst-in-deutschland.de starting on Monday.

Pope fans without internet access can register personally with the local parishes. For security reasons, only those with tickets will be admitted to the services.

Although an address to the German parliament and meetings with top politicians have long been planned for the pope’s official state visit, Church leaders were reportedly so worried about possible low attendance in Berlin that they debated whether to have a public mass during his visit.

The late Pope John Paul II drew large crowds during his 1996 visit to Berlin, but many in the crowds were actually Poles who wanted to see “their” pope.

The election of then Cardinal Joseph Ratzinger in April 2005 to succeed John Paul II was a source of great pride in Germany, whose population is about 30 percent Roman Catholic. But sexual abuse scandals involving priests have done serious damage in Germany, with a major public outcry and a wave of members leaving the Church.

The 83-year-old pontiff has himself faced allegations that he failed to take action against paedophile priests while serving at the Vatican’s watchdog for morals and doctrinal issues, as well as during his stint as the archbishop of Munich.