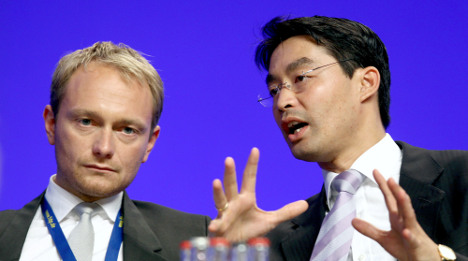 The party’s general secretary Christian Lindner, wrapping up the annual party conference in Rostock on Sunday, said that politicians needed to step back from family planning.

His remarks were part of co-ordinated effort by the beleaguered party to project a new image under the newly-elected party chairman Philipp Rösler.

Rösler vowed to define and implement more clearly the liberals’ business-friendly policies within the coalition with Angela Merkel’s Christian Democratic Union and its Bavarian sister party, the Christian Social Union.

“Here we go,” Rösler said at the conclusion of the three-day conference, according to daily Die Welt. “The signal of a new dawn has been sent. We are back.”

But Linder was particularly combative, telling the conference as it drew to a close that a “bureaucratically fossilised welfare state” meant the “liberal mission” had to be to “discipline” these “demands,” daily Der Tagesspiegel reported.

Regarding the popular Elterngeld or parenting payment, he said the money had come to be regarded as a social right yet had not served the intended purpose of lifting the birth rate.

“Children are not made through theoretical policies. Therefore politicians should abstain from the urge to do family planning.”

The €4 billion currently given out as Elterngeld could be much better spent on things such as child care centre places, he said.