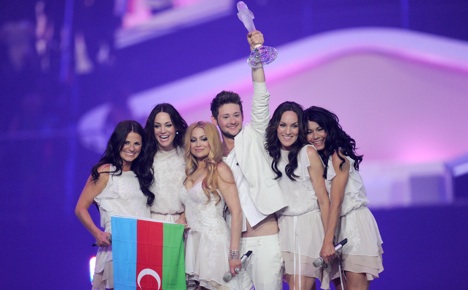 In Düsseldorf, Azerbaijani duo Ell and Nikki and their love song “Running Scared” was voted the best of the 25 finalists by voters and “expert” juries in 43 countries in Europe and beyond.

It was only the fourth time that Azerbaijan has competed. Second was Italy, and Sweden came third. Switzerland came last.

“Thank you, we love you,” said Ell, real name Eldar Gasimov. “Thanks to God and to my grandad… Our dream came true. From the first day I believed we could do it… The world needs more true love.”

“I can hardly imagine how people are feeling back home today,” said Nikki, 20, whose full name is Nigar Jamal, and who lives in London – and has an accent to prove it.

They saw off strong competition from Germany’s Lena, who was hoping to become the first person in Eurovision’s long history to win two years running, Irish twins Jedward and French tenor Amaury Vassili, the bookies’ favourite.

A number from Zdob si Zbub, a difficult-to-pronounce group of lively Moldovans in “cosmic” pointy hats was also a strong contender, as were songs by Sjonni’s Friends from Iceland and from Italian crooner Raphael Gualazzi.

Often cringe-worthy but always watchable, Eurovision is a cherished institution, with 43 nations – including some from outside Europe – competing, then whittled down to 25 for the grand final.

“It’s amazing. This competition brings Europe together and brings countries together. This is what I went into music for,” said Lee Ryan, 27, a member of this year’s British entry, newly reformed boy band Blue.

Despite Europe’s linguistic diversity, “Running Scared” was the 23rd song sung in English to win. French songs have won 14 times, Dutch and Hebrew songs three times each. Norway’s 2011 entry was partly in Swahili.

The TV show, one of the world’s longest-running, is now broadcast not only in Europe, but also in Australia, Canada, Egypt, Hong Kong, India, Jordan, Korea, New Zealand and the United States, even though they do not participate.

Eurovision tradition dictates that Azerbaijan’s victory means that the 2012 competition will be held the resource-rich former Soviet republic often criticized by campaign groups for having a poor human rights record.

Earlier this month, a young opposition activist was jailed for two and half years on drugs charges in Azerbaijan after using social networking website Facebook to call for an uprising like those in the Arab world.

Jabbar Savalan, 20, was the first activist to be imprisoned since government opponents began a series of thwarted protests this year in the mainly Muslim state which is an important supplier of oil and gas to the West.

Rights group Amnesty International said that the activist’s imprisonment showed how far the authorities were willing to go to silence dissenting voices, saying the environment for freedom of expression was “fragile.”

But the governing party of President Ilham Aliyev says that a discredited and unpopular opposition has been trying to stir up confrontation which could damage the country, and analysts believe that widespread political unrest is unlikely. 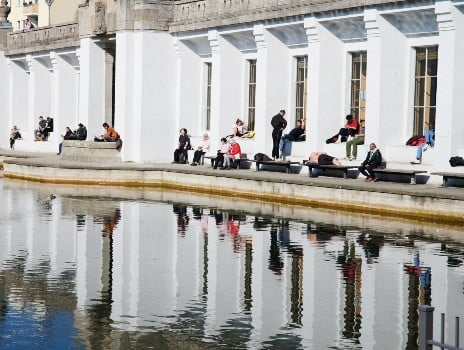