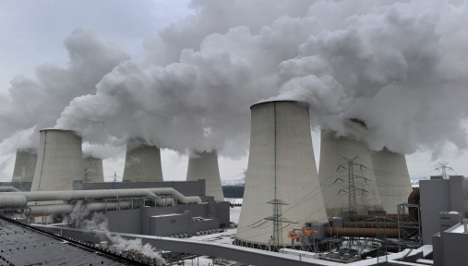 In a bid to reassure voters dubious about the Chancellor’s change of heart in the wake of the Fukushima nuclear disaster in Japan, Gröhe told the daily Berliner Zeitung that there was no going back on the planned exit from atomic power.

Asked whether the government might change its position, he said: “No. The way is irreversible.”

In March, Merkel surprised the rest of Europe by announcing a U-turn on nuclear power just months after she sided with the big utility firms in allowing an extension of the lifespans of most reactors.

After the Fukushima partial meltdown in the wake of Japan’s earthquake and tsunami, Merkel immediately closed several older reactors and announced a three-month moratorium on plans to extend the lifespans of others.

Although this was dismissed by many of her political rivals as a stunt ahead of key state elections, Merkel has since gone on a green drive, speeding up approvals for renewable energy investments with the aim of reducing greenhouse gas emissions.

“We want to end the use of nuclear energy and reach the age of renewable energy as fast as possible,” Merkel said.

Merkel now plans to shut down the nuclear reactors, which have recently provided up to a quarter of Germany’s baseload electricity needs, by 2022 at the latest.