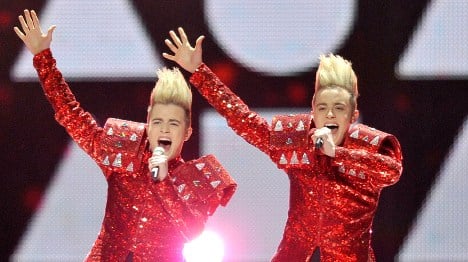 This continues the already poor standard set by the programme Die Show für Deutschland, which has been showing each evening this week on ARD with hosts such as Frank Elstner and Matthias Opdenhövel struggling to warm up the television audience from the ARD lounge at the Düsseldorfer Arena.

While the final may be popular, the sideshows and lead-up simply don’t appear to hold the attention of younger audiences. The gruelling preparations, including the lengthy programme to choose the song to be sung by German defending champion Lena Meyer-Landrut may have led to some Eurovision, or even Lena fatigue, Der Spiegel reported.

Equally bad is the lack of interest among the target audience for the ProSieben network. Only 890,000 viewers watched Wednesday’s “Eurovision Total,” featuring Raab-sidekick Opdenhövel.

After triumphing last year in Oslo with the song “Satellite”, which became a hit in Germany and elsewhere in Europe, Lena will defend her title with the new song, “Taken by a Stranger.”

However most predictions are that she will struggle to keep her crown. A recent tour through Germany generated less-than-optimal ticket sales.