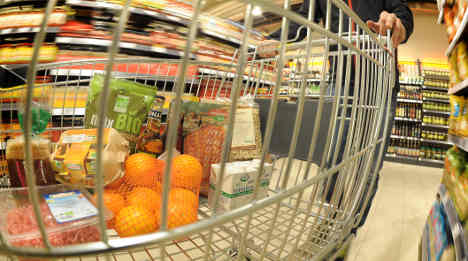 Food and drinks were on average 7 percent more expensive, although certain items such as apple juice and butter as well as chips and coffee cost between 30 and 40 percent more.

“The foodstuffs producers are sadly suffering under rising costs for packaging and energy as well as exploding raw materials prices,” Jürgen Abraham, chairman of the Federation of German Food and Drink Industries (BVE), told Bild newspaper on Wednesday.

Problems with harvests and the increasing demand for food due to rises to the global population also added an upward pressure to prices, he said. These factors would contribute to a continuation of the development, he warned.

“The trend is clearly moving upwards. Customers will have to reckon with three to four percent price increases during 2011,” he said.

The most significant price increases were for frozen chips sold in discount supermarkets, Bild reported. They went up by 43 percent, while butter prices increased by 35 percent and coffee and apple juice both went up by 33 percent over the last year.

The Federal Statistics Office (Destatis) said consumer prices in general had risen by 2.4 percent during April alone, the third month in a row that inflation had topped the two-percent mark.

This was largely due to increased energy costs, which rose by 10.5 percent in April alone.

Destatis said prices for foodstuffs and alcohol-free drinks rose by 2 percent when this April was compared with last April. Fats and oils as well as coffee were particularly badly hit by price increases, the office said.

ENERGY
Who benefits the most from Germany’s inflation relief package?