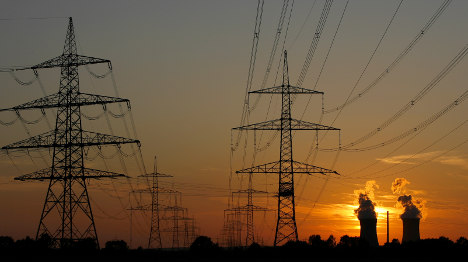 The commission, headed by the Christian Democrat former environment minister Klaus Töpfer, was appointed last month to comb through the opposing arguments and propaganda and come up with feasible recommendations. It is set to report to Chancellor Angela Merkel’s centre-right coalition at the end of this month.

Its draft report, as reported by the FAZ on Wednesday, said the country’s seven oldest nuclear power stations and the problem-hit Krümmel station, which were shut down in the wake of Japan’s Fukushima disaster, could easily remain off-line without endangering supply.

The remaining nine German nuclear power stations could be shut down by 2021, or even sooner, it said.

The paper, called ‘Germany’s Energy Consensus’, said that those, “stations which according to safety standards are regarded as ‘safe’ should be closed down as soon as possible, in order of their remaining risk and their significance to the electricity network.”

They should only be allowed to be operated until their capacity could be replaced by low-risk energy provision, the commission said, quoting experts saying that 2021 should be the limit.

This date could even be pushed forward, the commission suggested. Progress on the exit strategy must be subjected to regular and transparent checks, and compared against price development, electricity supply, the stability of the system, carbon dioxide emissions and imports.

The biggest ethical responsibility is finding an acceptable final storage place for highly-radioactive waste. Social acceptance of this will depend on a definite date for the end of nuclear energy being named and adhered to, the commission said.

The commission recommended that radioactive waste be stored in such a manner that it can be recovered and moved. And it insisted, “the storage of nuclear waste which is generated in Germany must also happen in Germany.”

The government’s carbon dioxide reduction goal – to be down by 40 percent by 2020 and 80 percent down by 2050 – would remain untouched, the commission wrote.

“We think that secure energy provision without lowering our sights in climate protection, and with an increase in jobs in the industry and craft, and no electricity shortage, and without importing electricity generated from nuclear sources, can be achieved if it can be made into a large national communal effort.”