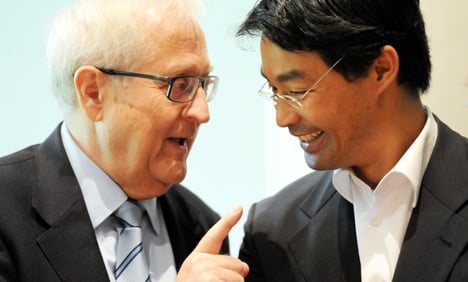 After a string of election defeats, Chancellor Angela Merkel’s junior coalition partners are in the process of shaking up their leadership this week.

Rösler, who is already health minister in Merkel’s cabinet, is hoping that spinning the personnel carrousel will help the pro-business party regain its orientation.

Sources in the FDP said that 65-year-old Brüderle had signaled on Monday evening that he was prepared to become parliamentary floor leader if Birgit Homburger agreed to vacate the job without a fight.

Both Homburger and Brüderle have been savaged within the FDP’s ranks for their roles in the party’s poor showing in several state elections this year.

But shunting Brüderle over to parliament would allow Rösler, who is set to become FDP leader this weekend, to take over the higher profile cabinet job of economy minister. Outgoing FDP chairman Guido Westerwelle has announced his intention to remain foreign minister.

“With Philipp Rösler as party chairman and heading the Economy Ministry, and Rainer Brüderle as floor leader, the FDP would have a stronger impact on the government than before,” Delevopment Minister Dirk Niebel told daily Hamburger Abendblatt.

The FDP’s next parliamentary group leader was supposed to elected next autumn, but Homburger was forced to bring the vote forward following massive criticism of her leadership.