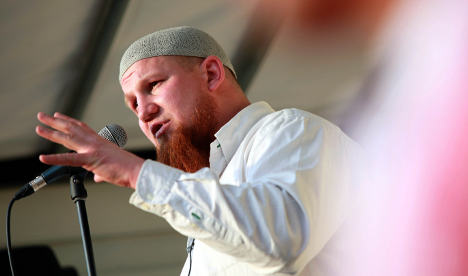 While planning the meeting, Vogel had said he would pray for bin Laden’s soul with a prayer for the dead on the Roßmarkt in the centre of the city, attracting immense criticism and arousing serious concern for security.

Authorities granted him permission for the rally only after he promised not to speak about bin Laden, and moved it from the city centre to the Rebstockgelände out of town.

The 32-year-old German convert to Islam from the Rhineland region had initially said he would pray for bin Laden regardless, but on the day he did not mention him.

Around 450 people showed up to hear him speak – along with many police. But shortly before Vogel arrived in Frankfurt, an entry on his homepage apologised for what he called his, “clumsy actions,” and distanced himself from the idea of praying for bin Laden.