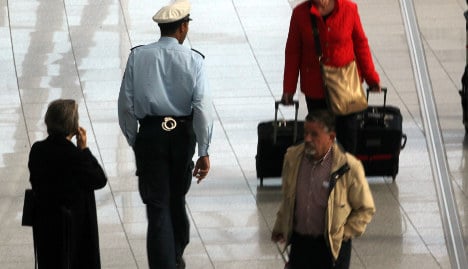 “From the American side, we were advised of the striking and unusual travel patterns of the suspects,” German Interior Minister Hans-Peter Friedrich told the newspaper.

The case shows that the German authorities can successfully counteract terrorist cells, “especially through intensive cooperation with our friends and partners,” Friedrich said.

Authorities say the men aged between 19 and 31 were experimenting with explosives and had been discussed bombing a bus stop or bus, but did not yet have specific targets. They allegedly received direction from an unnamed al-Qaida leader.

The collection and sharing of airline passenger data between Europe and the United States has been highly controversial in recent years.

Although there is broad consensus that at least some data should be collected by governments on passengers who fly out of the European Union, debate is still raging over whether intra-EU flights should be subject to broader data collection.