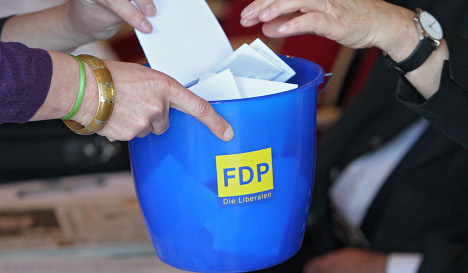 Although official figures for 2011 are not yet available, even more members have left the FDP this year, party spokesman Wulf Oehme told the newspaper.

Only the party’s chapter in Saarland saw a membership increase last year from 1,826 to 1,830.

The paper reported that even large businesses normally inclined to donate to the FDP were now shunning the party. Oehme acknowledged that part of the problem could be poor showings in recent state elections.

The FDP misfortunes have been closely tied to those of its outgoing party leader, Foreign Minister Guido Westerwelle, who has said he will give up post as chairman later this month.