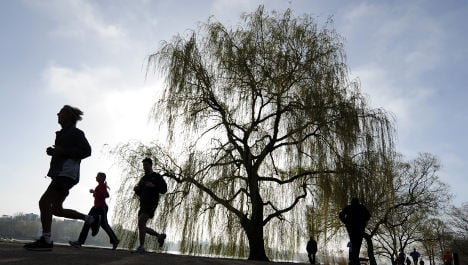 Professor Henning Allmer from the Cologne Institute for Applied Health Sciences has surveyed more than 10,000 joggers on behalf of AOK and concluded that many joggers may be doing harm as well as good.

“People who regularly overstrain their bodies and don’t listen to the body’s signs when jogging have to expect in the end permanent damage, tiredness and exhaustion,” Allmer said this week, according to daily Die Welt. “Ultimately even muscular and cardiovascular problems may arise.”

Allmer developed a questionnaire for joggers to help them determine whether their running style is safe or could be damaging. The test is available on the health insurer’s website.

Seven in 10 of the respondents to the online test were women. Four fifths of respondents said they jogged alone with just one in five jogging with others. Seven out of 10 were aged between 21 and 50.

Questions included, “Do you get out of breath?”, “Do you take a break?” and “Do you get muscular cramps or some other pain?”

Based on the answers, respondents were classed into three categories. Joggers who took a break when they got a cramp or some other reaction such as an unusually high pulse were considered to be healthy runners.

But those for whom the strain and effort was the main feature of jogging, who were clearly overstepping their physical limits and for whom pain and exhaustion were the dominant sensations after a jog could be considered unhealthy runners who could be doing damage, Allmer said.

Between these two extremes were a middle category who were reasonably healthy joggers but who might nonetheless be doing themselves some harm.