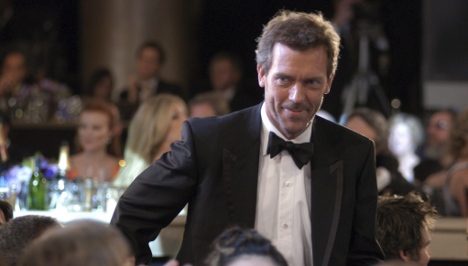 Laurie will perform his first album, “Let Them Talk,” which consists of covers of some of the great New Orleans blues music of the past century. Laurie sings and plays piano.

The gig will be at the Café Keese on the Reeperbahn at 8 pm. He will then perform Thursday night at the Passionskirche in Berlin.

The album will be released around Europe on Friday. It includes collaborations with “Soul Queen of New Orleans” Irma Thomas as well as Tom Jones.

Laurie has long been well-known to English audiences through his comedy partnership with Stephen Fry and roles in comedy classics such as Blackadder. But with the US medical drama House, in which he plays the brilliant but abrasive title character Dr Gregory House, he became famous in the United States and around the world.