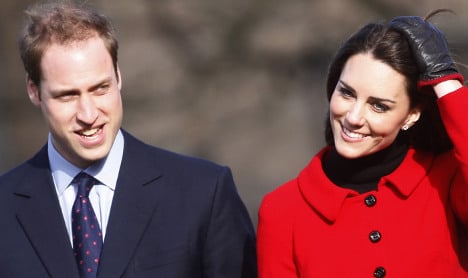 When Queen Elizabeth came to Berlin in 2004, I was approached by some quite serious people asking whether I could, perhaps, use my influence to get them into the gala banquet or at least into the reception at the philharmonic.

Needless to say, these petitioners had not fully realised how low I stand in the British social pecking order. It was like asking the owner of an Italian gelateria in Duisburg to arrange an audience with the Pope on the grounds that both men sometimes lived in Rome. A hopeless undertaking.

Interestingly enough, two of the requests came from centre-left Social Democrats, and not even from some nerdy conservatives longing to restore the Hohenzollerns to the throne. Both lefties blamed the Queen-fascination on their wives, but I wasn’t fooled. Germans are just suckers for royalty; it is a nation of closeted monarchists.

Is that sad? Of course. A supposedly proud proletarian city like Berlin throws itself at the feet of just about anyone with an exotic title. It was no different, I am told when Queen Elizabeth came in 1965. And, on a more modest scale, Queen Beatrix recently had a similar effect in the German capital.

I can’t think of any other community outside the Netherlands that is so fascinated by Beatrix and her strange taste in hats. During her visit to Germany she seemed to be wearing a frying pan on her head. The obvious thing about Beatrix and Elizabeth is that they are both hardworking ladies who, despite being multi-millionaires, give the impression of being central European housewives with bad dress sense.

Now we are bracing for more peculiar hats and beefy princes and smeared make-up: Britain’s royal wedding this Friday. This is the moment when Germans get to compare all the terrible royal families of the world, weep a little at the arrival of a newly-minted Princess Catherine and fret that her decent middle class family is going to be corrupted by its brush with blue blood. Just take a look at who’s coming.

The thuggish King of Bahrain, Hamad Bin Isa al-Khalifa – unless he has to stay at home and order the shooting of demonstrators demanding democracy. And Sweden’s King Carl Gustaf should be able to make the nuptials; his sex parties were always on a Monday, or after his hunting trips, so his Fridays are free.

I do hope William and Kate will find room on the Westminster Abbey bench for Prince Laurent of Belgium who famously had his dead dog put in a freezer. And for Prince Henrik, husband of the Danish queen, who has been telling everyone how much he likes to eat dogs. If I were one of Queen Elizabeth’s corgis I would avoid the wedding banquet.

Of course, we can only hope that Prince Ernst August of Hannover arrives in a good mood and that the music isn’t too loud; his cousins in Buckingham Palace should know by now how sensitive he is to such things.

All these people will be welcoming or pretending to welcome Kate Middleton into the extended family, and she may be wondering whether it was worth the price.

Perhaps that is the appeal of royalty to the Germans: they can envy the wealth on display but criticise the dress sense and the twisted mentality of inbred monarchs. Almost everyone has a black sheep in the family but royal clans have whole flocks of them.

Take Prince Andrew, uncle to Kate’s new husband William. He has been dallying with dictators for years. And his ex-wife Sarah Fergusson was recently caught asking for over half a million euros to organise a meeting between a businessman and Andrew. She won’t be at the wedding, since she has been informally banned from the family. A few centuries ago she would have had her head chopped off, so I suppose she considers herself lucky. Has anything like that happened in the Middleton family? I suspect not.

The big mistake of British royalty, apart from stopping the very popular public executions, was to brand itself as a family. It has been known for ages that the queens of England prefer dogs to their children, and the kings prefer mistresses to their queens. The essential thing was not to talk about it.

Then the media era pressed the Windsors and other European royal houses to present themselves as happy families, just like you and me. Suddenly ordinary people were asking whether Queen Elizabeth was a good mother, or whether her husband Prince Philip was a nice father-in-law.

It became painfully obvious that the Windsors and most of their cousins scattered around the world were as dysfunctional as the Simpsons (that’s the cartoon, not the American divorcee wife of Edward VII).

All I can say to Germans is enjoy the show. The House of Windsor is, after all, just the renamed House of Saxe-Coburg and Gotha. So perhaps Germany can rightfully claim them as its own royal family.

But if your teenage daughters start to cut their hair like Kate Middleton, or your son expresses an interest in playing polo, then throw them out of the house. They need role models who have succeeded on their own merits, not because of their Germanic gene pool. 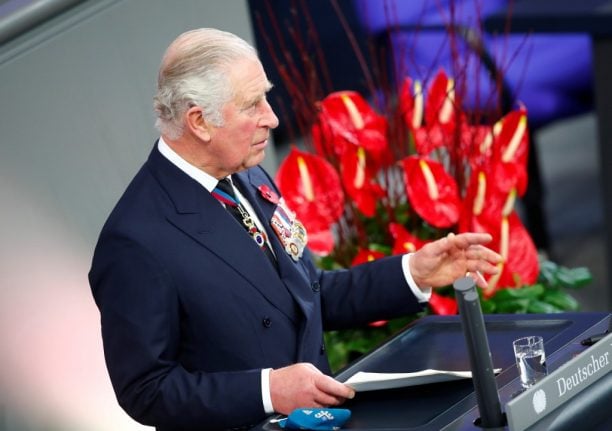