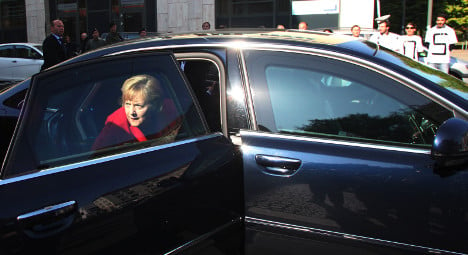 “No federal minister fulfilled with his official car the standard EU climate value of 140 grammes (of the greenhouse gas carbon dioxide) per kilometre,” the DUH environmental protection group said in a statement this week for the release of its “climate-killer rankings.”

The group collected data on leading politicians’ official cars over the past five years.

Most federal ministers were well over the 140 mark, with only Justice Minister Sabine Leutheusser-Schnarrenberger of the pro-business Free Democrats coming close with 155 g CO2/km.

The centre-right coalition in the state of Hesse fared particularly badly: in pole position across the country was Hesse Interior Minister Boris Rhein of the Christian Democratic Union whose Audi A8 6.0 quattro puts out 353 grams of CO2 per kilometre (gCO2/km). Closely behind him was state premier Volker Bouffier, also of the CDU, with 348 gCO2/km being emitted from his VW Phaeton.

Only one state leader, Bremen premier Jens Böhrnsen of the centre-left Social Democratic Party, came in under the EU’s 140 grams target. Schleswig-Holstein’s Peter Harry Carstensen refused to supply information on his car.

Not surprisingly, environment ministers did sightly better than others. Simone Peter in Saarland of the Greens, has a VW Passat 1.6 TDI Blue Motion that puts out 114 CO2/km. And Green Environment Minister Johannes Remmel of North Rhine-Westphalia emits 137 g CO2/km.