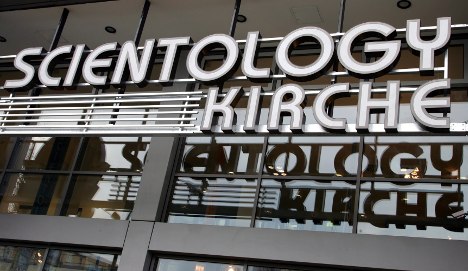 Investigators in the populous western state of North Rhine-Westphalia are concerned that the faith, viewed by many in Germany as a dangerous cult, has orchestrated a targeted campaign to recruit children and teens, the WAZ media group reported on Tuesday.

Scientologists have been using platforms such as YouTube, Twitter, Facebook, and its German equivalents StudiVZ and SchülerVZ, blogs and forums to post videos with titles such as “Youth for human rights,” and “Say no to drugs, say yes to life,” WAZ said.

Young people searching online for information on drugs or human rights quickly land on Scientology sites, which provide a glossy presentation of the organization without revealing exactly what it is, they added.

Viewers are quickly encouraged to sign up for its online groups, which provides Scientology leaders with a means of direct contact to spread their message.

With Scientology membership on the rise, the state’s Verfassungssschutz domestic intelligence agency has increased its observation of their activity in the state, now home to some 600 Scientologists.

State Verfassungssschutz president Mathilde Koller said she was worried about the trend, which is drawing children into an organisation which employs “structures with totalitarian demands.”

Meanwhile the Church of Scientology is reportedly looking to buy a building to build a church in the state capital of Düsseldorf.

Around this time last year Bavaria’s Interior Minister Joachim Herrmann encouraged state leaders across the country to ban the group, but failed to gain enough support.

At the time he said the religion was clearly contemptuous of human values, posed a danger to the Germany’s constitution and was “at odds with the basic principles of our democracy.”

The Church of Scientology accused Herrmann of “cheap populism.”