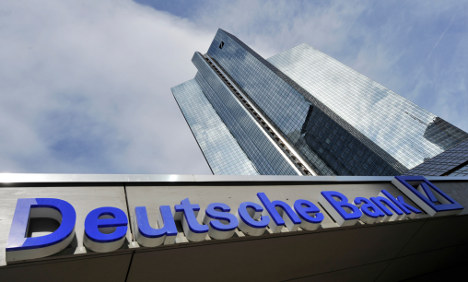 The US Senate Permanent Subcommittee on Investigations this week said the bank had wittingly pushed high-risk assets known as collateralized debt obligations (CDO) that would help cause the United States’ worst economic collapse since the Great Depression.

US officials documented how Germany’s largest bank assembled a $1.1 billion CDO fund known as Gemstone 7, then filled it with low-quality assets that its top CDO trader referred to as “crap” and “pigs” that needed to be sold “before the market falls off a cliff.”

“Deutsche Bank lost $4.5 billion when the mortgage market collapsed, but would have lost even more if it had not cut its losses by selling CDOs like Gemstone,” the Senate committee’s report said.

The committee also singled out US investment bank Goldman Sachs for helping perpetuate dealings leading to the unprecedented financial meltdown in 2008.

Deutsche Bank said in a statement it had “significant losses” from its risky behaviour and therefore had not willingly misled investors.

“As the report correctly establishes, there were differing views about the US property market within the bank,” Deutsche Bank said. “These views, however, were completely conveyed to the (financial) markets.”