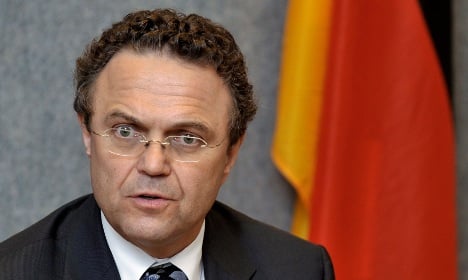 Friedrich reportedly presented his ideas on Wednesday evening during top-level talks between the two ministries.

Among his suggestion were allowing intelligence agencies easier access to airline passenger and bank data – both of which the Justice Ministry rejected.

Currently officials must apply with banks or airlines to see such information about terror suspects.

Additionally Friedrich wants to fine companies that refuse to provide data on those under suspicion for terrorism involvement.

The initiative comes ahead of a possible extension of the post 9/11 anti-terrorism law, with a number of sections set to expire in January. Passed in September 2001, it was extended again in 2007.

“With the terrorism laws we must evaluate how often we’ve needed them in the last years and whether we really needed them,” Justice Minister Sabine Leutheusser-Schnarrenberger told the paper.

“Some of it has never been needed, other parts only once, and others more often. Some measures are certainly disproportionate and avoidable,” she said.

Her party, Chancellor Angela Merkel’s junior coalition partners the Free Democrats, will not vote in favour of a complete extension to the law, she added.