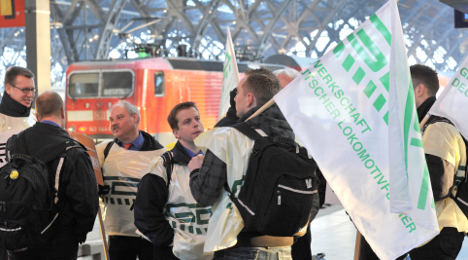 Rail union GDL announced Wednesday afternoon that strikes would begin Thursday at 2 am and run until 2 am Saturday.

Five major private rail operators are affected – Abellio, Arriva, Benex, Hessische Landesbahn and Veolia, each of whom is locked in stalled pay negotiations with the union. Operator Keolis will be excluded from the strike as it has continued talks with the union since Monday.

National rail operator Deutsche Bahn is not affected. The union is demanding the same pay basic pay agreement for its drivers as that given to Deutsche Bahn drivers.