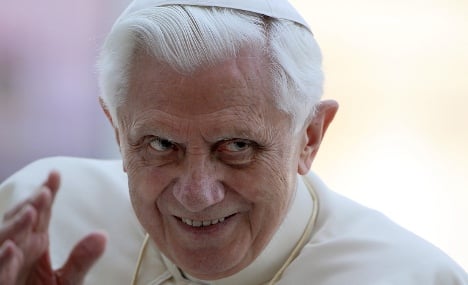 Notable stops include a speech at the Bundestag, meetings with German President Christian Wulff and Chancellor Angela Merkel, along with public services in Berlin, Erfurt and Freiburg.

The head of the Catholic Church will arrive in Berlin the morning of September 22 and be received at the Bellevue Palace, the official residence of the German president, by Wulff.

In the afternoon, the pope will give a speech at the Bundestag, where meetings with Chancellor Merkel, Bundestag president Norbert Lammert, and members of the Federal Constitutional Court are planned.

The pope will oversee a Eucharist in front of the Charlottenburg Palace in the evening, and then spend the night in Berlin.

He will fly on September 23 to Erfurt, where he will be received by Christine Lieberknecht, Thuringia’s state premier.

After speaking with representatives of the Evangelical Church at the famous Augustinian Monastery, where Martin Luther became a monk in 1505, he will officiate a vesper service at Etzelbach in Eichsfeld, a region in northwest Thuringia, before spending the night in Erfurt.

On September 24, after a Eucharist observation at Erfurt’s Domplatz, Benedict XVI will fly to Baden-Württemberg, where he will be greeted by state premier Stefan Mappus.

The pope will visit the Freiburg Minster to meet with members of the Orthodox Church, before finishing the day with a prayer with Freiburg youth on the city’s fairgrounds.

On the last day of his visit, the pope will officiate a service at the Freiburg airport and then meet with members of the German Bishops’ Conference in the afternoon.

He will give a speech before Catholics at the Freiburg concert hall before finally returning to Rome via Freiburg’s Lahr airport in the evening.