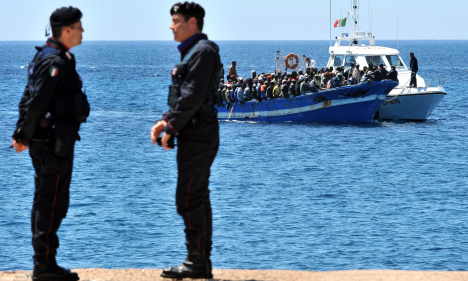 Italy has faced a flood of refugees, mostly from Tunisia, following the unrest in northern Africa. The majority fled to the Italian island of Lampedusa. Rome has appealed to European Union members for help in handling the influx, but the request has been met with mixed reactions in Germany.

In an interview with Welt am Sonntag, Hermann threatened to set up border checks along the German-Austrian border in the event that Rome issues Tunisian migrants visas for Schengen countries.

The Schengen agreement abolished checks along internal EU borders between the signatory countries.

“We will not accept the Italian government simply declaring the Tunisians as tourists as a way of pushing them into other countries,” Hermann told the paper.

The Bavarian interior minister said he expected Italian Prime Minister Silvio Berlusconi to take care of the influx himself and not pass the buck to other EU nations. He added that Italy is a country large enough to take in 23,000 Tunisian migrants.

“Only 10 percent of them have filed an asylum application,” he said. “The majority are economic refugees. That is something completely different than in Libya, where people are fleeing a civil war.”

Hermann called for the EU to adopt a common stance on economic migrants.

Meanwhile, Hans Peter Uhl suggested that Schengen nations reinstate border checks for arrivals from Italy, according to the Mitteldeutsche Zeitung.

He said the country was allowing illegal refugees to “continue on to Germany and to France,” adding that there seemed to be no other solution but to perform checks on flights from Italy.