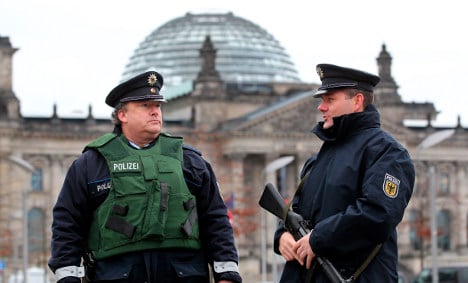 Following relaxed security precautions, individuals will again be allowed into the glass cupola and roof to take in sweeping views of the city. During the heightened security alert only scheduled groups had been welcomed into the building for tours.

Police closed the dome in late November in a dramatic clampdown that followed reports that Islamists could be planning a Mumbai-style attack on the building.

That same month then Interior Minister Thomas de Maizière had said there were “concrete indications” of an imminent attack on Germany, calling for increased vigilance from citizens. The government then ramped up security at airports, train stations and government buildings, in addition to closing the Reichstag to tourists.

But tourists interested in seeing the building will still have to register two work days in advance either online, via fax or by post. Officials expect a storm of inquiries, but each one will be answered, a visitors’ service spokeswoman assured.

Visiting hours will be between 8 am and 11 pm.