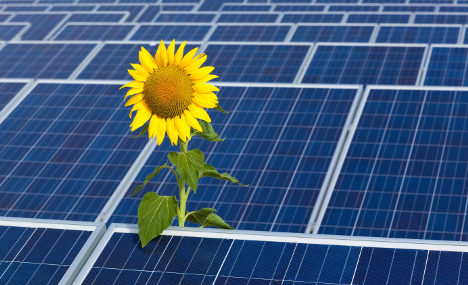 The park, near the city of Brandenburg an der Havel, produces about 18 million kilowatt hours per year and is one of the largest photovoltaic facilities in Germany.

Joining Google in the investment is the German financial group Capital Stage, the largest independent solar energy investor in the country, according to the company’s own figures.

Google, with its massive server facilities, is also a major consumer of energy. But the facility in Brandenburg is not intended to serve as a Google data centre. Its goal is to provide green energy to about 5,000 households in Brandenburg and surrounding regions.

The park lies on the 47 hectare plot of the Brandenburg-Briest airport, which was used for military purposes until the early 1990s.

Google has so far invested in two wind energy projects in the United States. The choice of the Brandenburg plant as its first energy venture outside the US is no coincidence, said Benjamin Kott, Google’s Clean Energy Advocacy Manager.

For many years, he said, Germany has been at the cutting edge of renewable energy development.

“The land is in good condition, the local residents are in favour of clean energy and the German manufacturers deliver outstanding technology,” Kott said.

More than 70 percent of the solar plants installed in Brandenburg are German-made.

Google recently began two other projects in Germany, including an initiative to get small businesses online called “Online Motor Deutschland,” and the announcement of plans to open an internet institute in Berlin.