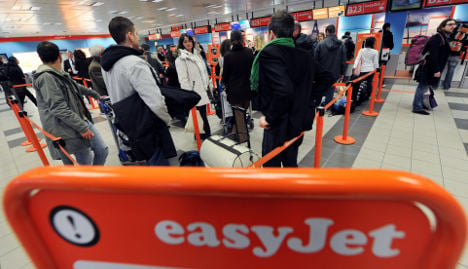 Connections to Basel in Switzerland, Thessaloniki in Greece and Olbia on the Italian island of Sardinia were cancelled, along with the return flights, Schönefeld airport announced Thursday.

Delays were also possible throughout the morning. The service union Verdi called cabin staff on a strike from 5 am to 7:30 am.

The union is locked in a pay dispute with airline. Easyjet employs about 240 flight attendants and 110 pilots out of Schönefeld.