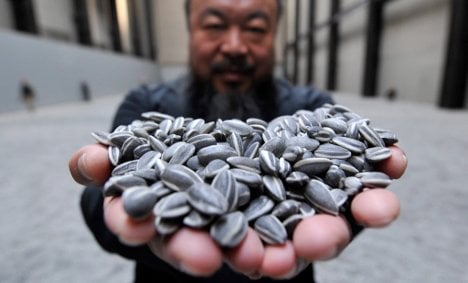 “The foreign minister has again voiced the expectation to the Chinese government that the artist be freed immediately and that there be an explanation of this episode,” spokesman Steffen Seibert said.

“The Chinese ambassador is expected later today at the foreign ministry so that these calls for liberation and clarification can be expressed with all clarity.”

Foreign ministry spokesman Andreas Peschke said however that the ambassador had not been “summoned.” He also said that Germany’s position “will also be made clear in Beijing via diplomatic channels.”

Ai, 53, an outspoken critic of China’s ruling Communist Party, was detained on Sunday at Beijing airport as he prepared to board a flight to Hong Kong, in the latest activist to be rounded up in a major crackdown on dissent.

His lawyer Liu Xiaoyuan said Wednesday he still had no news on Ai’s fate, while the mobile phone of Ai’s wife Lu Qing was switched off. China’s police and government have refused to comment on the case.