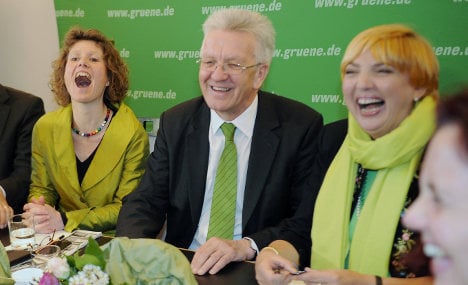 The poll result is the best ever registered for the party.

The CDU lost three points to reach 30 percent, while the embattled FDP lost two points to register just three percent of approval – too little to clear the five-percent hurdle for representation in the Bundestag.

With their combined approval of 33 percent, Merkel’s centre-right coalition lags behind a theoretical Greens-SPD coalition by a stunning 18 points, the poll said.

The hard-line socialist Left party gained one point, but still remained in the single digits with nine percent approval.

Some 2,505 representative voters were questioned between March 28 and April 1 for by pollster Forsa.