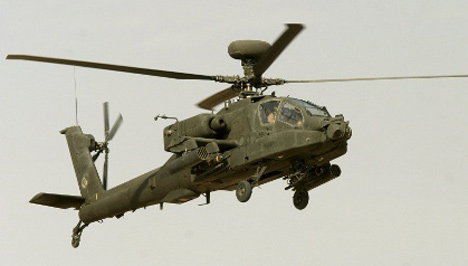 “The asylum claim was rejected because there is no evidence to suggest that the asylum seeker could have been involved in war crimes or other crimes during another posting to Iraq,” the office said in a statement.

“He could not cite any concrete crimes his unit committed during his first tour. In addition, as a helicopter mechanic, he was not in danger of becoming involved in fighting and therefore in possible crimes,” added the office.

Shepherd, 33, originally from Cleveland, Ohio, walked off his base in southern Germany in 2007 and spent 19 months on the run before applying for asylum.

Before then, he had completed a five-month stint in Iraq between September 2004 and February 2005 where he serviced Apache helicopters as part of the 412th Aviation Support Battalion.

When ordered back to Iraq, he felt he could not continue to take part in what he said was a “completely illegal war” and became the first US soldier to claim asylum in Germany.

His lawyer, Reinhard Marx, said his client would likely contest the decision but that a forced return to the United States was “out of the question.”

“He has married a woman with German nationality, so he has a residence permit. This is about whether the German authorities accept his status as a refugee,” Marx said.