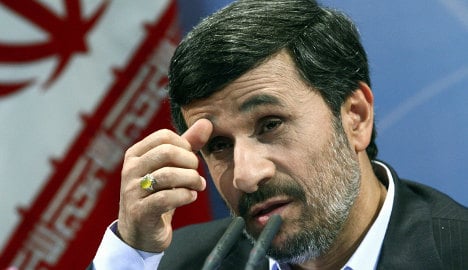 According to the Handelsblatt business daily, India, under US pressure to break direct commercial links with the Islamic republic, intended to place money for its Iranian oil imports in an account with the Bundesbank.

The Bundesbank would then transfer the money – around €9 billion annually – to the European-Iranian Trade Bank (EIH), based in the northern German city of Hamburg, the paper has reported.

The German government had said it was powerless to stop the deal because EIH, also known as EIHB, was not subject to sanctions. This was because the bank was not involved in financing Iran’s controversial nuclear activities.

The New York Times last week quoted an unnamed US Treasury official as saying the United States was “concerned” and that Washington wanted “to work with all our allies to isolate EIH.”

Israel and Jewish groups were also reported to be annoyed.

But now, Berlin has stepped in, the Handelsblatt cited high-ranking German government officials as saying on Tuesday. Payments for oil already delivered can go ahead, but no new transactions will take place, the paper said.

Contacted by AFP, neither the Bundesbank nor the German economy ministry were immediately available for comment.

Germany has long been under fire for its close business ties with Iran, with the country’s exports there totalling €3.8 billion in 2010, according to official figures.