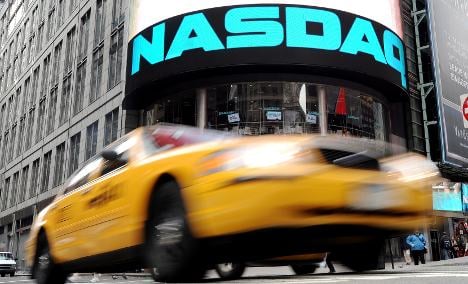 The board “continues to strongly believe that the envisaged merger of Deutsche Börse AG and NYSE Euronext is the best possible combination for both shareholder groups and the stakeholders of the companies,” a statement said.

Earlier on Friday, the tech-focused US stock market Nasdaq and IntercontinentalExchange (ICE), which specialises in futures, topped the offer

for NYSE Euronext from Deutsche Börse by some 19 percent.

Nasdaq OMX Group and ICE said in a joint statement that they were offering $42.50 per share for all of NYSE Euronext in a combination of stock and cash.

Deutsche Börse and NYSE Euronext announced February 15 they would merge in an all-share deal to create the world’s biggest exchange by revenues and a major player in derivatives trading across two continents. Deutsche Börse shareholders were to own 60 percent of the new operator while the rest would be held by investors in NYSE Euronext.

“I don’t think Deutsche Börse will raise its bid because its shareholders felt the initial one was already too expensive,” said Constantin Rohrbach at Nord/LB bank.

He was personally wary about possible benefits of a tie-up for Deutsche Börse and said “this counteroffer might even be a good deal” for the German company. He said it faced a long struggle with European competition authorities for approval of the deal, because the new entity was set to have a quasi monopoly on trading of derivative financial products.

“I think NYSE Euronext will accept the offer from Nasdaq OMX and ICE,” Rohrbach told news agency AFP. “It will be a US solution, which will undoubtedly be simpler on a political level.”

Deutsche Börse shares showed a loss of 1.31 percent at €52.85 in late trading on the Frankfurt stock exchange, while the Dax index on which they are listed was 1.91 percent higher overall.