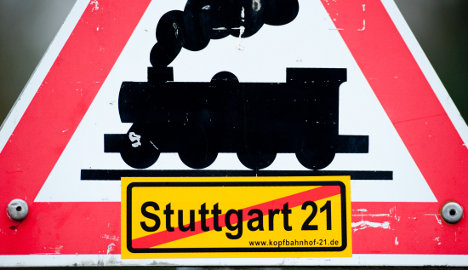 After the environmentalist Greens and centre-left Social Democratic Party (SPD) swept the centre-right government from power in the southwestern German state, the massive rail project is mired in uncertainty.

The Stuttgarter Zeitung reported Friday that Deutsche Bahn board member Volker Kefer and Stuttgart Mayor Wolfgang Schuster of the conservative Christian Democratic Union recently discussed by phone whether the city would be held to a financial agreement that includes penalties if the project is cancelled.

The report followed the revelation on Thursday that Stuttgart 21 project leader Hany Azer warned Deutsche Bahn shortly before Sunday’s state election that expected savings of more than €900 million would not be fully realizable. At a press conference on Thursday, Kefer confirmed the existence of a letter from Azer warning of possible extra costs.

The Greens and SPD now face a tough time reaching compromise on the project. The Greens, who will be the major coalition partner, oppose the project while the SPD supports it.

SPD state leader Nils Schmid said Monday that he would support the project in the event of a referendum, saying that pulling out would burden Baden-Württemberg with major compensation damages. But ultimately the decision remained with Deutsche Bahn and the federal government, he said.

The daily Stuttgarter Nachrichten, meanwhile, reported that the spokesman for the project, Udo Andriof, would step down from his post at the end of this month.

“I’ve done my part in the support for this project,” he said.