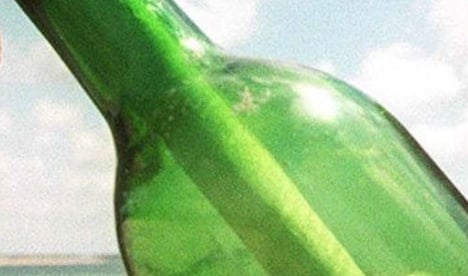 Daniil Korotkikh found the beer bottle earlier this month when walking on the beach near Kaliningrad and his father translated the note inside, which was dated September 7, 1987, the paper said.

“When I was walking along, I spotted a bottle in the dunes and saw that there was a note inside,” Korotkikh told Russian television channel NTV. “Only a few people are lucky enough to find a letter in a bottle.”

The letter was signed by five-year-old Frank Üsbeck, who enclosed his address in Coesfeld in the western German state of North Rhine-Westphalia.

Russian journalists tracked down Üsbeck, now 29, a married bank worker, who said he barely remembered sending the bottle with the note, which his father wrote, and he signed in shaky letters.

His parents still live at the address shown in the letter and his father showed a photograph of Frank holding the bottle, which they threw into the sea while travelling to Denmark.

“It’s just incredible. Can it really be possible that the letter is still readable after so many years in the water?” Üsbeck said in an interview translated into Russian.

Korotkikh and Üsbeck were shown speaking via a video link and the Russian schoolboy showed off the letter, which he has framed.