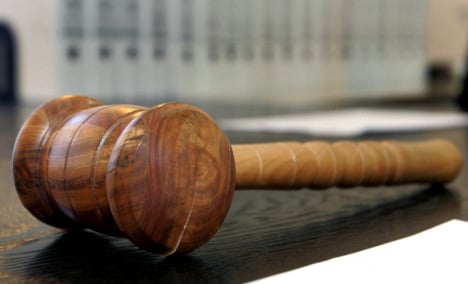 The accused has confessed to cutting off the 58-year-old’s testicles last November.

According to police investigation, it was a desperate attempt to end the half-year relationship between the man and his teenage daughter.

After the deed, the 47-year-old told his wife to alarm emergency services, and his heavily bleeding, severely injured victim survived.

The father had repeatedly tried to end the unconventional relationship between his daughter and the older man, even taking the case to police – to no avail.

In Germany such a relationship is not illegal as long as the elder party is not taking advantage in a difficult situation or paying for sexual favours, according to state prosecutors.

On November 2, 2010, the father and two accomplices allegedly overpowered the boyfriend in his apartment, subduing him with handcuffs and tape. The father then removed his testicles with a scalpel or a knife.

The man’s lawyer claims he is now impotent.

A 14-year-old had to be resuscitated at the scene before she was taken to a hospital and died hours later. A 13-year-old was seriously hurt, but not with life-threatening injuries.

A police spokesman said the man had probably injured himself with the knife – although it remains unclear if it was intentional – before fleeing back to the refugee home where he was staying.

He was taken to a hospital where he remains under police monitoring.

Authorities say they continue investigating why the attack occurred and if the suspect knew the two girls beforehand.