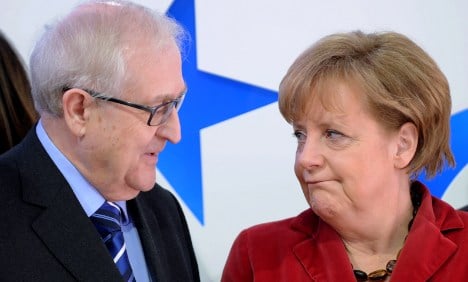 The opposition has been making similar accusations, but Brüderle apparently confirmed such suspicions during a meeting with the Federation of German Industry (BDI), daily Süddeutsche Zeitung reported on Thursday.

Chancellor Angela Merkel last week decided to impose a three-month moratorium on her government’s unpopular decision from last autumn to extend the lifespans of Germany’s nuclear power plants after the earthquake and tsunami caused a partial atomic meltdown in Japan.

She also opted to temporarily shut down the country’s older nuclear reactors, telling parliament that recent events in Japan had caused her to reconsider the risks of atomic energy.

According to the BDI meeting notes from March 14 cited by Süddeutsche Zeitung, Brüderle confirmed the moratorium to about 40 of the country’s leading industrial managers, and “indicated that there was pressure in light of the upcoming state elections and thus decisions were not always rational.”

Brüderle, a member of Merkel’s junior coalition party, the pro-business Free Democrats, also told the group that he was a supporter of nuclear energy and industries that required significant amounts of power.

Nothing should “endanger their existence,” he added.

In response to an inquiry by the paper, the Economy Ministry commented that Brüderle had been troubled by the speed of the policy change.