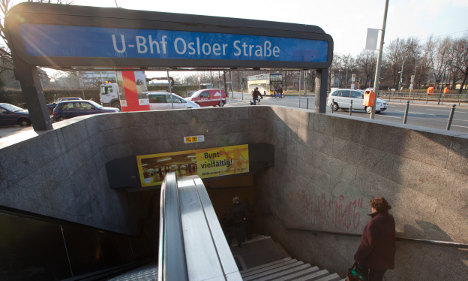 The young man suffered serious head trauma on Saturday after some 20 other teens beat him senseless following an attempt to end the bullying of his 18-year-old girlfriend by other girls on the forum Isharegossip.com, daily Der Tagesspiegel reported.

In response to the assault, Berlin’s minister for education, Jürgen Zöllner, scheduled a meeting of police officials, school psychologists and administrators, and school boards for next week to discuss what Germans call online “mobbing,” the paper said.

Before the violent incident, the 17-year-old victim had failed to solve the conflict between his girlfriend and classmates from her former school. The girls had spent several days posting online threats that included physical violence, the paper said.

After the meeting the girls called on their boyfriends, who later accosted the teen victim in a parking lot near the Wedding district Osloer Strasse metro station as he made his way home, according to police. There they accused him of threatening their girlfriends and physically assaulted him with punches and kicks until long after he had collapsed on the ground, the paper said.

Police arrested six girls and boys between the ages 14 and 18 on Monday, and the investigation continues, they said.

The principal of the Carl-Bosch School, where the victim’s girlfriend attended class until recently, said that before the violent incident he had already been in contact with police over Isharegossip.com – only to discover that there was not much he could do to prevent online bullying.

The school tells its students not to take such things too seriously, he said.

“Young people need our support in showing them media competence and how to responsibly use computers, internet and mobile phones,” he told the paper.

Those who breach moral and legal limits under what they assume is online anonymity should know that they are operating with “false security,” he said.