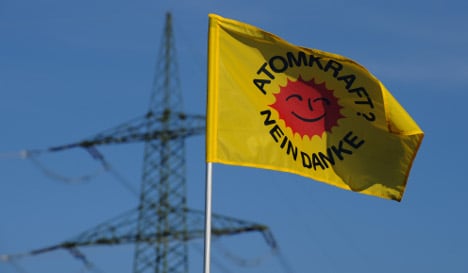 Japan might be the country facing a potentially horrific nuclear catastrophe, but it’s Germany’s energy policy that has experienced a complete meltdown in recent days.

Just days after a severe earthquake and ensuing tsunami took out the cooling systems at Japan’s Fukushima Daiichi complex, Merkel ordered Germany’s seven oldest nuclear power plants to be taken off the grid for extensive safety reviews. The moratorium is in effect until June, leaving the future of German nuclear reactors once again up in the air.

“The damage of this accident to public opinion in Germany has been very large,” said Miranda Schreurs, a professor of environmental studies at Berlin’s Free University and an adviser to the federal government. “It has changed the debate and removed the extension of the running lifetime of our nuclear power plants from the dialogue.”

Just last October, Merkel pushed through a controversial extension of Germany’s use of nuclear power, reversing a plan by a previous Social Democratic-Green administration to phase out atomic energy by 2021. But the disaster in Fukushima made that untenable in a country deeply sceptical of nuclear power.

With the government’s energy policy left in tatters, Merkel appointed two committees this week to find the answers to Germany’s power needs. Opponents of atomic energy are now hoping for extra momentum for renewable energy sources such as hydroelectric, wind, solar and biomass.

“There had been a long time gap between accidents of this kind, so that there started to be a sense that maybe it wasn’t so bad after all, maybe we could go back to nuclear,” said Schreurs. “But the explosion at Fukushima puts that all back into question.”

Supporters of nuclear energy, including Chancellor Merkel, have argued that it is a necessary “bridge technology” in the transition to a renewables-based economy.

But Schreurs and her colleagues at the environmental advisory body SRU have advised the government against extending the lifespan of Germany’s 17 active nuclear power plants. “The longer you keep them going, the more costly it becomes to expand renewables because it pushes investments in the wrong direction,” she said.

Germany’s clean energy economy has been growing steadily in recent years. According to a report published last week by the Environment Ministry, investments in renewable energy facilities rose to €26 billion in 2010, up from €20.7 billion in 2009. This has created an estimated 370,000 so-called “green” jobs to date, almost twice as many as in 2004.

The report also breaks down Germany’s energy mix: in 2010, renewable sources provided 17 percent of the nation’s electricity supply. In terms of real end-user consumption of electricity, heating and fuel, renewables covered about 11 percent of national demand.

By comparison, nuclear power currently supplies more than one fifth of the country’s energy. If Germany took every last one of its nuclear power plants off the grid today, power shortages would ensue. “Then you would have to ramp up the coal power plants,” said Gerd Stadermann, director of the Renewable Energy Research Association (FVEE). “Our industrial society would not collapse, but we would certainly be raising our overall CO2-emissions.”

But advocates of a future energy mix based completely on renewable sources argue that the sooner the nuclear power plants are phased out, the better emerging technologies such as wind, solar and biomass will be able to mature into an economically viable alternative.

“We can gradually disconnect the major coal and nuclear power plants, because they will no longer be needed to provide the base load,” Stadermann said. “To put it simply, they clog up the power grid and prevent renewable energy from being fed into the system.”

But the economic impact of the phaseout will be significant. A preliminary analysis conducted by Wolfgang Pfaffenberger, a professor of economics at Jacobs University Bremen, concluded that the three-month moratorium on the seven oldest nuclear plants will cost energy companies some €575 million in lost revenue.

And while advocates of renewable energy are optimistic about the pace of the transition, they admit that there is no shortage of challenges in the years to come. “During the next ten years, we will have to invest about €20 billion per year” in renewable energy technology, said Stadermann.

Improvements also need to be made in the area of energy efficiency to reduce overall demand, for example, by modernising the heat insulation of new and existing buildings. Further areas of study include long-term energy storage and the expansion of so-called smart grids capable of distributing the uneven feed-in of renewable energy.

“But by 2030, renewables will be much cheaper than a nuclear and fossil fuel-based system,” Stadermann said. “And we have calculated that by 2050, our renewables-based energy economy will be €720 billion cheaper than the current system.”