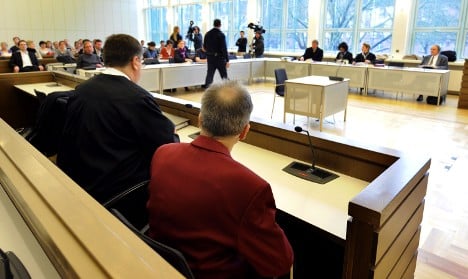 “He is sentenced to 14 and a half years in prison,” presiding Judge Winfried Hetger said. “After that, he will be placed in preventive detention.”

In a trial that shocked the country and drew comparisons with the infamous 2009 case of Austrian Josef Fritzl, the man, named only as Detlef S., subjected his family to a horrendous ordeal for more than 20 years.

The 48-year-old had confessed in the trial in Koblenz, western Germany to 162 counts of sexual assault and grievous sexual assault of minors in a house of horror in the tiny nearby village of Fluterschen.

The unremarkable man with glasses and greying, receding hair confirmed fathering eight children, one of whom died, with his stepdaughter, who is now 28.

He also admitted prostituting his stepdaughter and his biological daughter out to others. Reports said he charged DM40 and later €30-50 ($42-69) per time, allegedly while he watched.

Several German media outlets have compared the case to Fritzl, who held his daughter Elisabeth as a sex slave in a cramped, homemade dungeon in Austria for 24 years. He was jailed for life in 2009.

Fritzl raped Elisabeth thousands of times, fathering seven children with her and letting one of the newborn babies die. He was sentenced to life in prison in March 2009.

According to the charge sheet, Detlef S. began to sexually assault his biological daughter shortly after her ninth birthday and then abused her regularly from 12 onwards, forcing himself on her at least once a week.

He also used to beat all three with his belt or a home-made whip, said public prosecutor Thorsten Kahl.

The case has also laid bare the failure of neighbours and authorities to detect what was going on, with social workers having conducted interviews with the family— but with Detlef S. present.

“If you are a trained social worker, you are supposed to go there and interview the victims without the perpetrator being present, and not all together,” the stepson, identified as Bjoern, said previously.

It emerged on the first day of the trial that there was a criminal investigation in 2002 but that it was abandoned because the daughter disputed the accusations against her father, while the stepdaughter said nothing.

The mother of the three, who is in her 50s, appeared as a witness in the trial and prosecutors have not charged her with any offence.